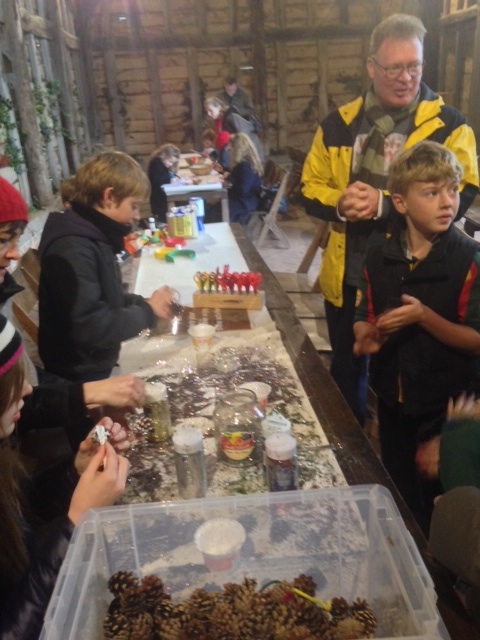 A traditional Christmas would’ve been a major challenge

For someone who relies on a last minute online trolley dash for presents and who wouldn’t bat an eyelid opting for ready-made starters, pigs-in-blanket and pudding for the festive meal, a traditional Christmas would have been a major challenge, I’ve discovered.

So, when I was invited to attend a traditional Christmas weekend at the Chiltern Open Air Museum, an educational charity celebrating the historical heritage of the Chilterns, in Buckinghamshire, I didn’t expect to be inspired.

1. Make your own decorations: 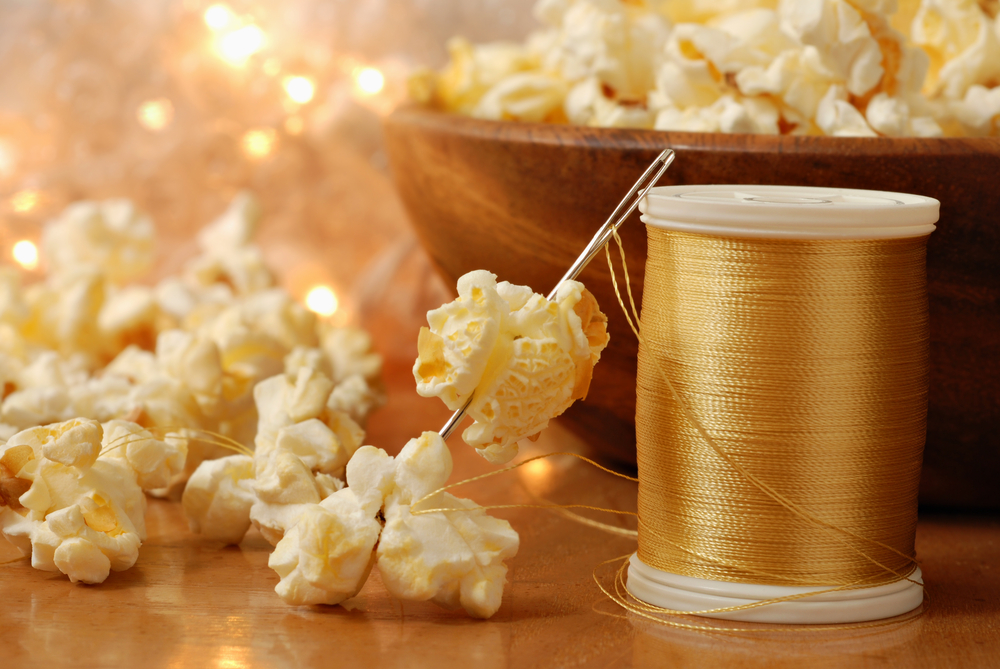 Marina Long, 77, of Chalfont St Peter, moved to the countryside in Gloucestershire at the start of the Second World War.

“Everything was scarce because of the ration books, so we hoarded stuff. We never got rid of anything. We started preparing for Christmas months in advance,” she says.

Marina remembers collecting sweet wrappers and coloured pages from magazines, which would be turned into homemade decorations. They used flour and water paste to glue paper chains together, as glue was a luxury.
The children also collected fir cones and painted them white.
“We only had a few shop bought decorations from before the war.”
A kewpie doll with coloured wings dating back to around 1937 still features on the top of Marina’s Christmas tree today – although she’s shed her wings through the years.

What I learned: Instead of rushing out to a department store to buy the latest trend in Christmas decorations – I’m going to fall in love again with our battered collection of decorations on the loft (some dating from before my first child was born 11 years ago). We’ll also make our own paper chains, snowflakes and fir cones this year – or that’s the plan any way.

“We had no television, so we would play Blindman’s buff, charades, riddles or word games,” remembers Marina.
Gathering around the open fire toasting crumpets, is another favourite memory.

What I’ve learned: I was so inspired by this idea that I did a bit of research about traditional parlour games and I’ve come up with a list to try with my poor unsuspecting family this year. It will be tough dragging them away from various screens and getting buy-in from a cool, know-it-all tween, but I’m adamant to solicit a few giggles this way. 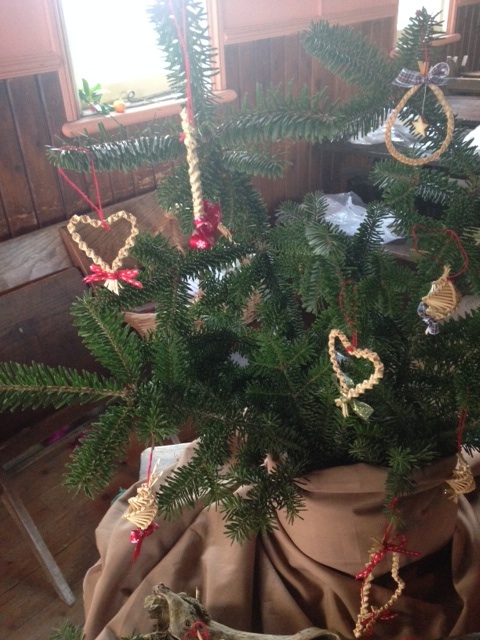 Marina says Christmas presents were either homemade or useful in those days.
“I remember being very excited about my first fountain pen when I was about 11, as we’d had only dipping pens in primary school.”
Her parents were good with their hands and another favourite present was a wooden cot made by her dad and clothes and bedding knitted by her mum for her favourite doll. “It was the best present.”
The children were encouraged to make their own gifts for relatives such as pincushions or embroidery.

What I’ve learned:
Imagine the time, skill and consideration needed to make presents for your family – as opposed to clicking a few items into your online shopping basket.
Sadly, I’ve been blessed by two left hands and the idea of making anything frankly terrifies me and any homemade gift from me under the tree would only result in fits of tears. But, I’ll resist the urge to buy expensive presents and spend more time thinking about useful and meaningful gifts.

Other traditional Christmas events in the The Chilterns

Traditional craft workshops at the Roald Dahl Museum and Story Centre in Great Missenden during December include creating your own buzzwangling advent calendars, splendiferous Christmas stockings, crackling Christmas crafts and a Christmas rapping session with the Big Friendly Poet.

Take advantage of the two-for-one entry offer at any of the three museums during December by Quoting the word: FAMILIESCHRISTMAS

Disclosure: We’ve been invited to attend the Chiltern Open Air Museum’s traditional Christmas weekend as a family. All impressions and opinions are honest and my own.