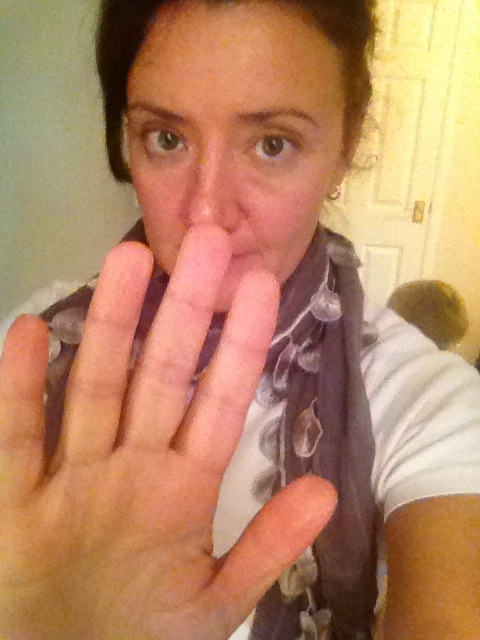 Sheryl is the kind of woman who gets up my nose. I don’t so much resent that she’s loaded (400 million US Dollars), has the mother of all jobs (Facebook boss) and combines this with being a mum or even that she looks 10 years younger than me at the same age. (44)

What really bugs me is that she is so full of it. She just can’t stop rubbing our noses in it.  As if it’s not enough that she’s clearly made it big time, she can’t stop offering us pearls of wisdom on how we should all stop being such miserable failures and get this work/life balancing act sorted so we too could become millionaire superstars.

Her book Lean In warned that unless we lean into our careers when we start having babies, even if it takes breastfeeding during conference calls, we’ll never fulfill our potential. Well, thanks for that, Sheryl. See my thoughts on the book here.

Her latest advice for working mums is even more enlightening.  Want to have it all? Just get your husband to do 50% of the household chores and child rearing. Simples.

This is according to her foreword in a new self-help book published in America (where else?): Getting to the 50/50: how working couples can have it all by sharing it all.

So the argument is that convincing men to share the chores provides women with more choices and benefits the men and kids too.  Although she and husband, Dave, “can afford exceptional childcare”, they still have difficult decisions about who will pick up the slack when the other can’t be there.

But they do aim for a 50/50 split (of the remaining 20% of duties presumably) because it’s fair and gives women more opportunities.

Really? To imagine anyone researching and writing a page, never mind a book about this, beggars belief. What exactly is there to research?

According to a report by the Institute for Public Policy Research, just 10% of men do an equal amount of housework as their wives.

So, let’s see: do you think these women have better chances than the 90% whose husbands come home, dump their shoes in the entrance and ask: “What’s for dinner, dear?” Uh… yes,  duh!

How to get him off the couch

What would be infinitely more useful would be if Sheryl and her coterie of friends in the banking sector tell us just HOW we should get the lazy, spoilt, selfish bastards off the couch and emptying the bin without turning the marriage into a daily episode from Married with Kids.

At this point, I should confess that my husband actually does quite a bit around the house. Not quite 50% – not even close, but a decent amount. This is because he’s German and because I’ve become less willing to be his slave for little or no appreciation through the years.

So he’s quite comfortable ironing his own shirts, making the children’s lunchboxes, unpacking the dishwasher and packing away clothes.

Now, if only he did his 35% chores and parenting properly, without me having to go around and redo it, I would probably be heading for my first million by now.

But in my experience our set-up is quite rare.

Some men, the majority – have no idea how to hang up washing, would never dream of ironing their shirts and would be surprised to find out that toilets don’t clean themselves.

And the women will moan to their friends about having to carry the can, but would not really expect their husbands to touch a duster or look after the children they helped produce.

As a columnist wrote in the Sunday Times this week: “He is not a domestic god. I did not marry him for his ability with a duster.” She says she doesn’t find him sexy in this role.

Really, darling? So, he must have married you for your ability with a duster then. Do you also have to wear a short little skirt and apron while you clean up after him? How very convenient for her husband.

Getting away with murder

My mouth often hangs open when clever women tell me what their husbands get away with at home. They work so hard, must let them play more golf, go to the pub more often, go for boys’ weekends away, while you stay home, clean the house and look after his children. Not something Sheryl and her mates would put up with, I can assure you. But then, that’s everyone’s personal choice, isn’t it.

There are many reasons why women choose to let their men off the hook when it comes to sharing housework and parenting responsibilities. Cultural beliefs, buying into chauvinistic values, perfectionism and a fear of confrontation or turning marriage into a constant battlefield being some of them.

Each to her own. Some marriages may be better off without screaming matches about whose turn it is to take the bins out. Some women may choose not to lean into their careers because spending time with their children when they are little is more important to them than a million dollars.

I wish someone would tell Sheryl Sandberg to mind her own business and that we’re actually doing OK. We don’t need her advice, but her next book is probably already with the publisher:

How to raise successful children in 15 seconds a day.

How will we survive until then? 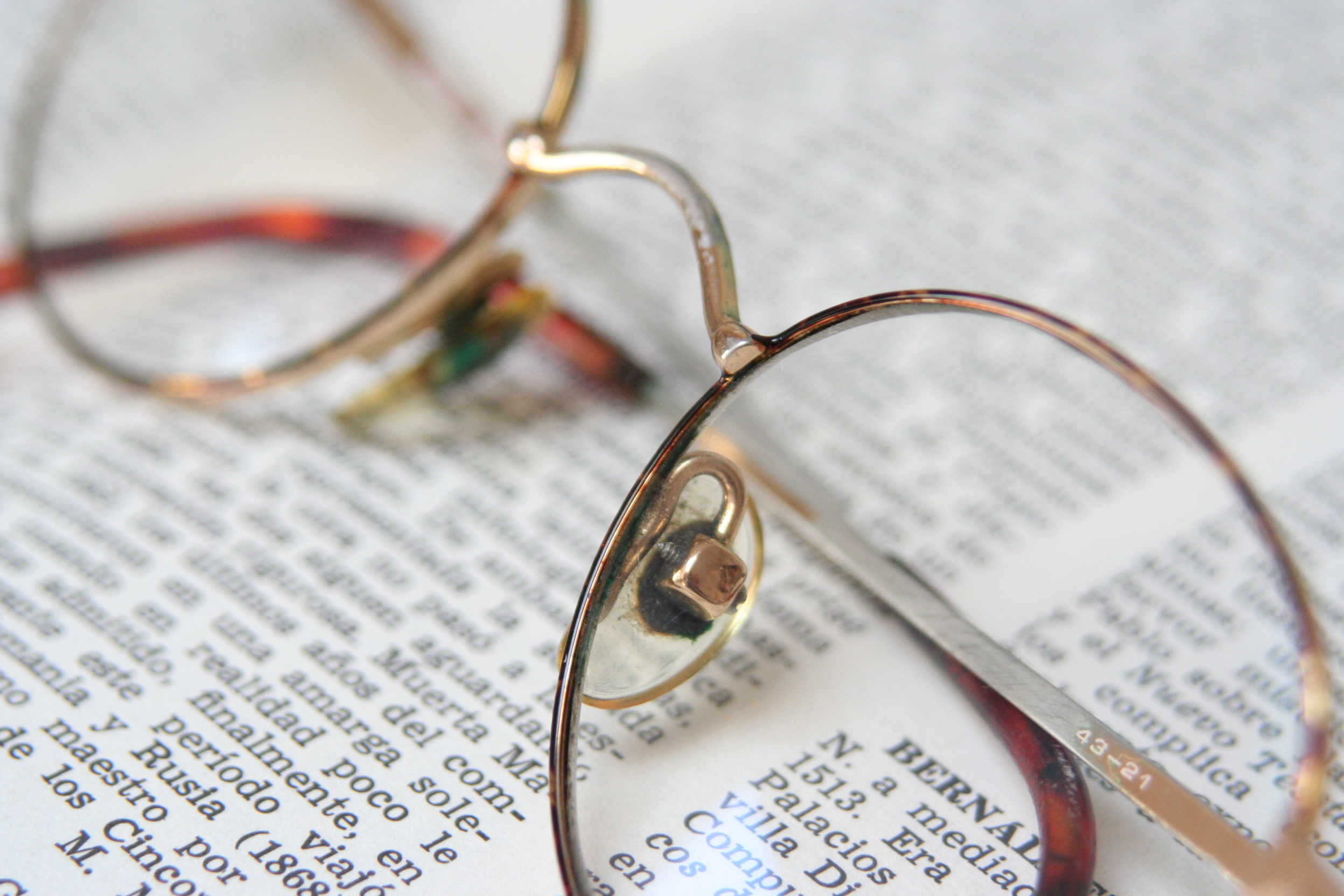 I’ve got two degrees and a few certificates to my name, most notably a South African law degree (useless anywhere else) and a journalism masters (useless everywhere).

The certificates enjoying pride of place among children’s artwork and the family weekly planner on my study wall, equip me with such sought after skills as reporting on AIDS and teaching English to foreigners.

These framed accolades are all that remain of the career aspirations I once had.

They also suggest that I once must have had a fully functioning brain with eager grey cells sparking excitedly like toddlers on a sugar rush every time they got to file away new information. Little did they know…

Those once animated cells have turned into bespectacled, slippered slouches, worn-out after 11 years of helping me function as a half-decent mum of three, while desperately clinging to the coat tails of my career.

In fact, my brain cells go on strike causing me to want a lie down every time I read an article about another superhero working mum telling women they can have it all.

The last such article was a review of Lean In, a new book by Facebook COO Sheryl Sandberg, which made me so fatigued I had to ask my husband to do his share of the domestic duties (one of Sandberg’s gems of advice). He got as far as picking up his underpants from the floor.

Mrs Sandberg, who at 43 is the same age as me but looks 10 years younger, wisely opted to study something slightly more useful than journalism – and was top of her class at Harvard Business School before filling high-powered jobs at the US Treasury, World Bank and Google.

The reason, she says, that my poor brain has all but seized up and my day is a survival struggle from when I stumble out of bed to make lunchboxes until I stumble towards my first glass of Chardonnay (in the evening I should point out), is because I didn’t LEAN into my career.

I’m really too exhausted after three bundles of washing, the weekly shop and homework duties to read her book but one of the ‘inspiring’ examples she apparently quotes, includes a super-efficient friend who puts her children to bed in school clothes to save time in the morning.

She probably also substitutes bedtime stories with a power point presentation for the next day and flosses her teeth while having sex, to squeeze in a few extra minutes.

Mrs Sandberg proudly reveals how she secretly pumped breast milk while on a teleconference, pretending the beeping of the breast milk machine was a fire engine.

I found swapping from one monstrous mastitis ridden boob to the other, attaching and reattaching the breast pump to extract a few more drops, painful, uncomfortable and stressful.

Doing this while discussing million dollar deals with Mark Zuckerberg-types on the other end of the line, inventing lies to cover unpleasant background noises sounds like a recipe for a stroke. This is progress for women?

It reminds me of a rather nasty incident when I was interviewing a male neuroscientist over the phone from home.  I was potty training my toddler at the time and he ran into the room announcing that he needed a poo and threatening to do it on the kitchen floor.

I failed womankind by ending up frazzled, with poo on the floor and a disgusted neuroscientist on the other end of the line

Sandberg’s book doesn’t inspire me to Lean In – it makes me want to Lean Away from the madness of telling women they can have it all.

It also makes me want to Lean ON something. This is not helping women – it’s making them feel even worse about not being perfect at everything.

More helpful titles from the likes of Sandberg, would be:

Trust me, you don’t want my life – it sucks

The silent breast pump and other lies by power mums

Do you think women can have it all?

If my blog posts make you LOL, smirk or smile wryly, please nominate me for the BIB 2013 Laugh award by clicking on the badge below. (or even if they don’t, but you just want to be nice…)